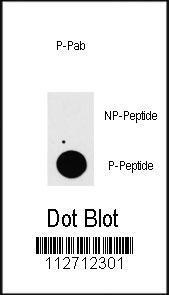 MAP3K7IP1 was identified as a regulator of the MAP kinase kinase kinase MAP3K7/TAK1, which is known to mediate various intracellular signaling pathways, such as those induced by TGF beta, interleukin 1, and WNT-1. This protein interacts and thus activates TAK1 kinase. It has been shown that the C-terminal portion of this protein is sufficient for binding and activation of TAK1, while a portion of the N-terminus acts as a dominant-negative inhibitor of TGF beta, suggesting that this protein may function as a mediator between TGF beta receptors and TAK1. This protein can also interact with and activate the mitogen-activated protein kinase 14 (MAPK14/p38alpha), and thus represents an alternative activation pathway, in addition to the MAPKK pathways, which contributes to the biological responses of MAPK14 to various stimuli.Applications: Suitable for use in FLISA and Dot Blot. Other applications not tested.Recommended Dilution:FLISA: 1:1,000 Dot Blot: 1:500Optimal dilutions to be determined by the researcher.Storage and Stability:May be stored at 4°C before opening. DO NOT FREEZE! Stable at 4°C as an undiluted liquid. Dilute only prior to immediate use. Stable for 12 months after receipt at 4°C. Freezing R-Phycoerythrin (PE) conjugates will result in a substantial loss of activity. PE conjugates are sensitive to light.Note: Applications are based on unconjugated antibody.